A Belgian Air Force F-16 “Fighting Falcon” fighter jet was completely destroyed after a technician accidentally fired a 20mm Vulcan cannon from an F-16 jet he was working on at Florennes Air Force Base on Oct. 11.

According to reports, two other F-16s, which were nearby, was also damaged in the incident that happened around 2.10 pm at the airbase situated 60 miles south of Brussels.

The F-16AM aircraft (FA128) destroyed in the incident was reportedly written off.  It exploded instantly when impacted by the rounds from six-barrel 20mm Vulcan M61A-1 cannon. 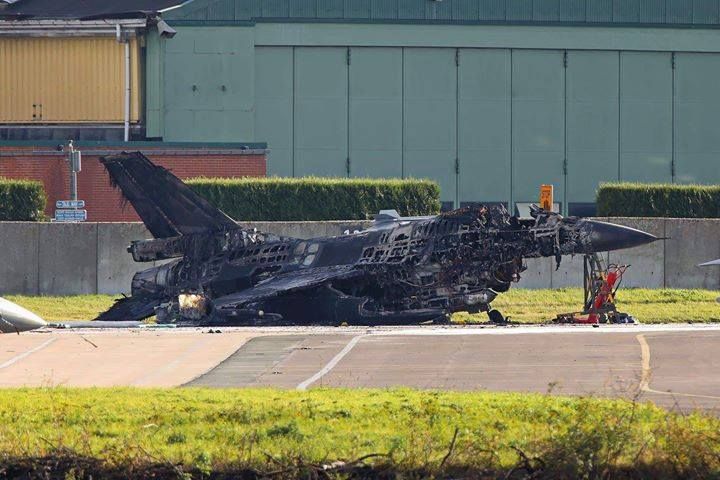 The Belgian Air Force has confirmed the incident. “On October 11, 2018, at approximately 2:10 pm, a fire broke out during maintenance work on an F-16. The plane burned. A second aircraft suffered collateral damage”, said the statement.

However the statement didn’t reveal cannon fire as being the cause of the accident.

A statement from Air Force further added that two technicians were slightly injured in the blast, suffering mainly hearing damage. They were treated on-site.

“Such an accident is practically impossible,” said the base commandant Didier Polomé. “It seems likely to have been a combination of various circumstances which led to this result.”

An investigation was initiated into the accident by the L’Aviation Safety Directorate (ASD).