The French Air Force has celebrated the arrival of its first Airbus A330 MRTT ‘Phénix’ aerial refueling and strategic transport aircraft during a ceremony at the Istres Air Base on Oct. 19.

The ceremony was presided by Florence Parly, the French Minister of the Armed Forces.

The aircraft, which arrived at the air base last month, is assigned to the French Air Force 31e EARTS (31e Escadre Aérienne de Ravitaillement et de Transport Stratégiques, 31st Air Supply and Strategic Transport Squadron) squadron which was activated on August 27, 2014 at the Istres-Le Tubé Air Base. The wing’s air refueling squadron is currently equipped with the French C-135FR model of the Boeing KC-135 Stratotanker military aerial refueling aircraft. 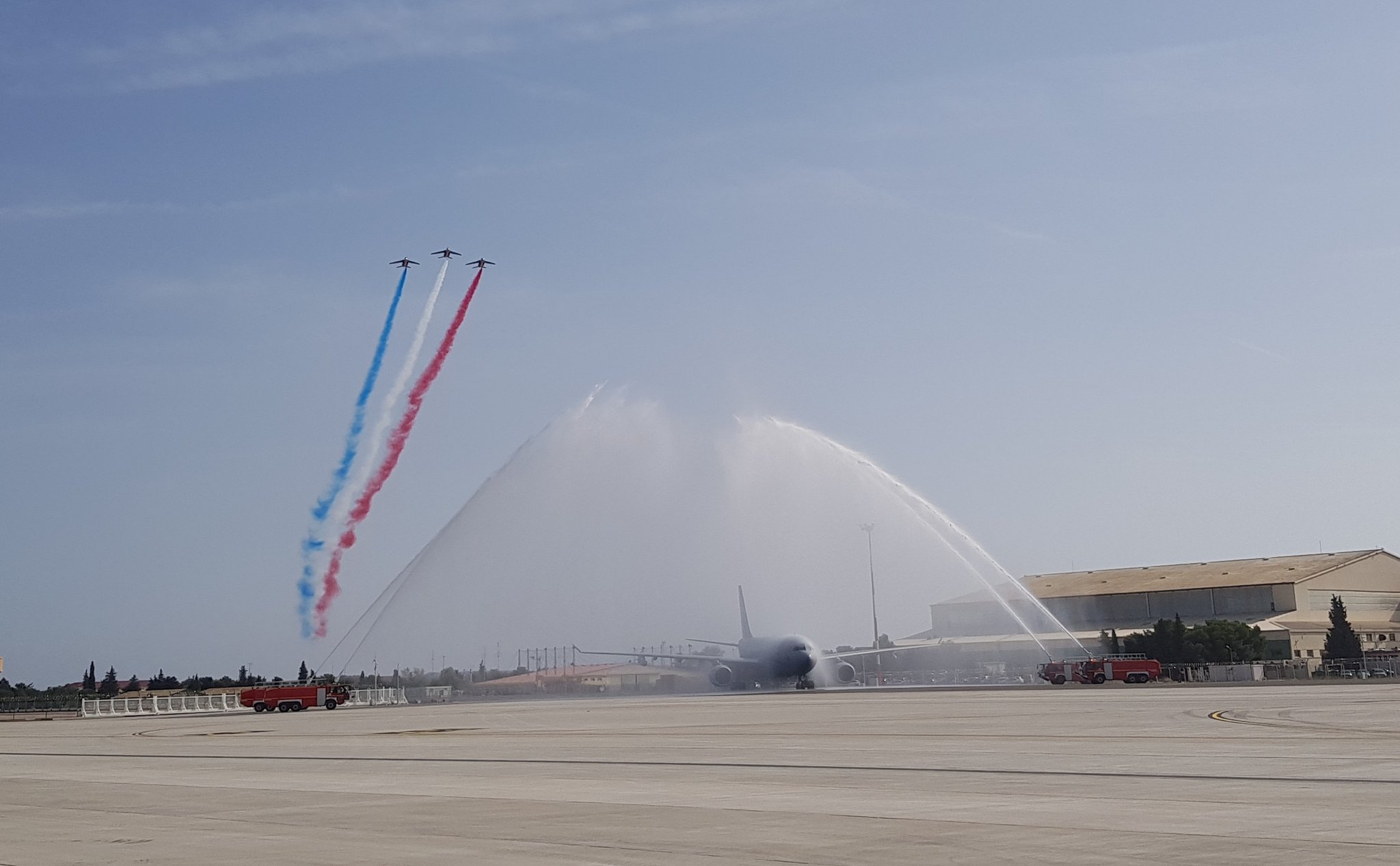 The aircraft is the first of nine ordered by the French Defence Procurement Agency DGA, plus another three expected to be confirmed. It will be known in French service as Phénix (French for phoenix).

France’s first aircraft is the second new standard A330 MRTT to fly, featuring structural modifications, aerodynamic improvements giving a fuel-burn reduction of up to 1%, upgraded avionics computers and enhanced military systems. The aircraft was converted in Getafe, Spain from a standard A330 (a wide-body jet airliner made by Airbus) assembled in Toulouse, France. First delivery is due this year.

The Phénix fleet will be equipped with a combination of the Airbus Aerial Refuelling Boom System (ARBS) and under-wing hose-and-drogue refueling pods, and can carry 272 passengers or be configured for medical evacuation missions.

The maiden flight of the first French A330 MRTT was performed from the Airbus Defence and Space Getafe conversion centre near Madrid on September 7 last year. The crew reported that the aircraft performed in line with expectations during the 3 hours 25 minutes flight.

Airbus A330 Multi Role Tanker Transport (MRTT) is an aerial refueling tanker aircraft based on the civilian Airbus A330-200 airliner.

The A330 MRTT cabin can be modified to carry up to 380 passengers in a single class configuration, allowing a complete range of configurations from maximized troop transport to complex customization suitable for VIP and guest missions. The A330 MRTT can also be configured to perform Medical Evacuation (MEDEVAC) missions; up to 130 standard stretchers can be carried.

The main deck cargo configuration allows carriage of standard commercial containers and pallets, military, ISO and NATO pallets (including seats) and containers, and military equipment and other large items which are loaded through a cargo door.

Fifty-one A330 MRTTs have been ordered by eight nations of which 28 have been delivered (as of Sept. 2017).