The handover ceremony was hosted by Eric Trappier, Chairman and Chief Executive Officer of Dassault Aviation, and was attended by Indian Defence Minister Rajnath Singh and his French counterpart, the Minister of Armed Forces Florence Parly. Senior French military officers, as well as officials of Dassault Aviation, were also present at the ceremony. 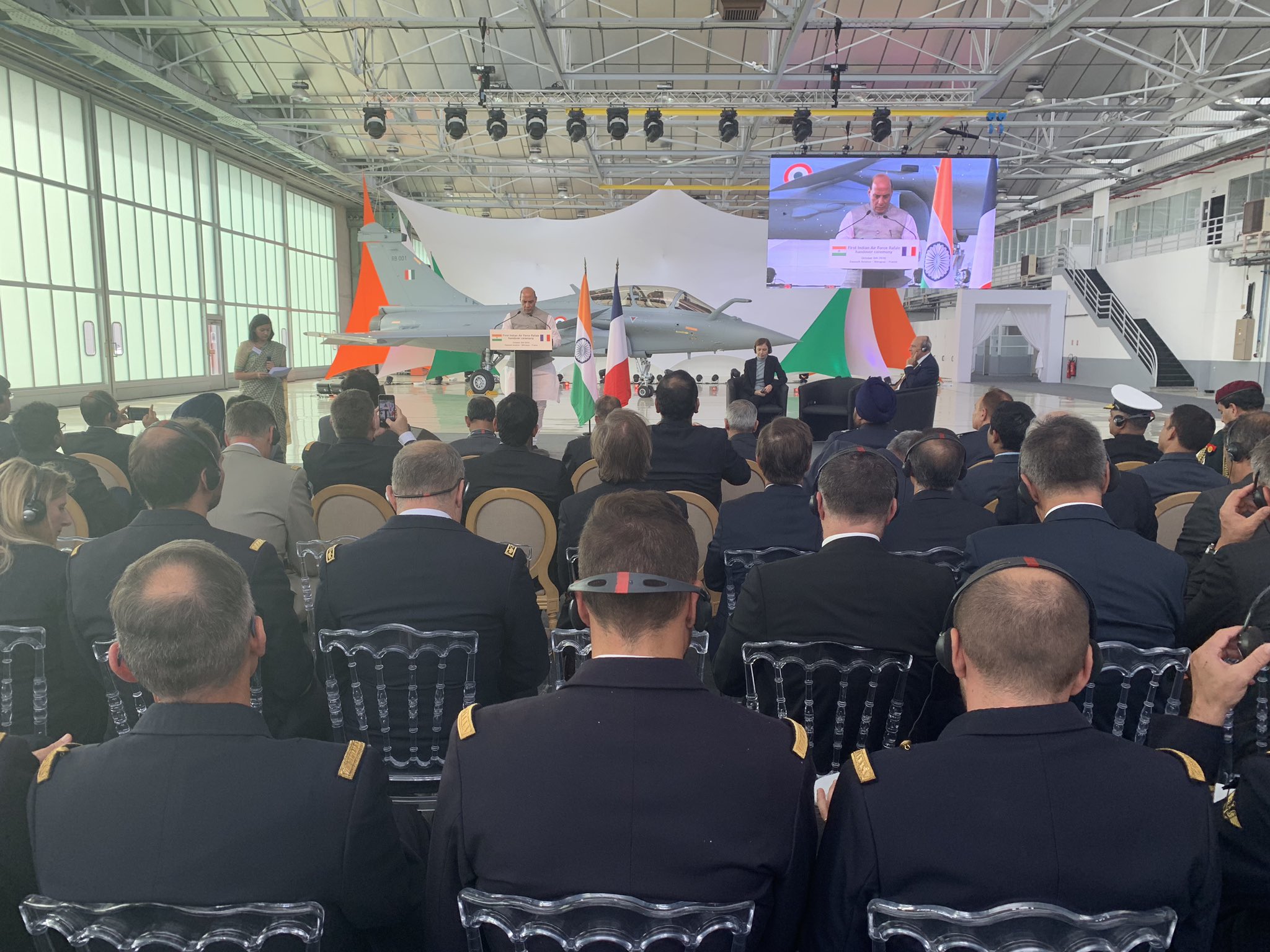 “I am particularly honored to host this ceremony today as India is part of Dassault Aviation’s DNA. The long and trustful relationship we share is an undeniable success and underpins my determination of establishing for the long term Dassault Aviation in India. We stand alongside the Indian Air Force since 1953, we are totally committed to fulfill its requirements for the decades to come and to be part of India’s ambitious vision for the future“, has declared Eric Trappier, Chairman and CEO of Dassault Aviation.

The ceremony also coincided with the foundation day of the IAF.

The Air Force “technically” accepted the first Rafale, twin-seat version of the jet, during a ceremony in Bordeaux on Sept. 19. The aircraft, with tail number RB-001, was accepted by a team led by IAF Deputy Chief Air Marshal VR Chaudhari. RB in the tail number marks the role played by Air Marshal RKS Bhadauria in finalizing the deal to procure the jets in September 2016. Air Marshal Bhadauria too over as IAF’s Chief of Air Staff last month.

The first batch of Rafale jets is scheduled to arrive in India in April-May next year and all the 36 jets ordered will arrive in the country by September 2022.

The first squadron of Rafales are to be stationed at Ambala Air Force Station, one of the most strategically located bases of the IAF around 220 km from the Indo-Pak border. Ambala’s future No. 17 Squadron “Golden Arrows” will have a final strength of 18 jets by 2022. The second squadron of 18 combat jets will be stationed at Hasimara AFS in West Bengal.