Lockheed Martin has completed building the crew module capsule for NASA’s Orion spacecraft for the uncrewed Artemis 1 mission to the Moon.

The crew module capsule has been stacked on top of the Orion service module, which was also recently finished. 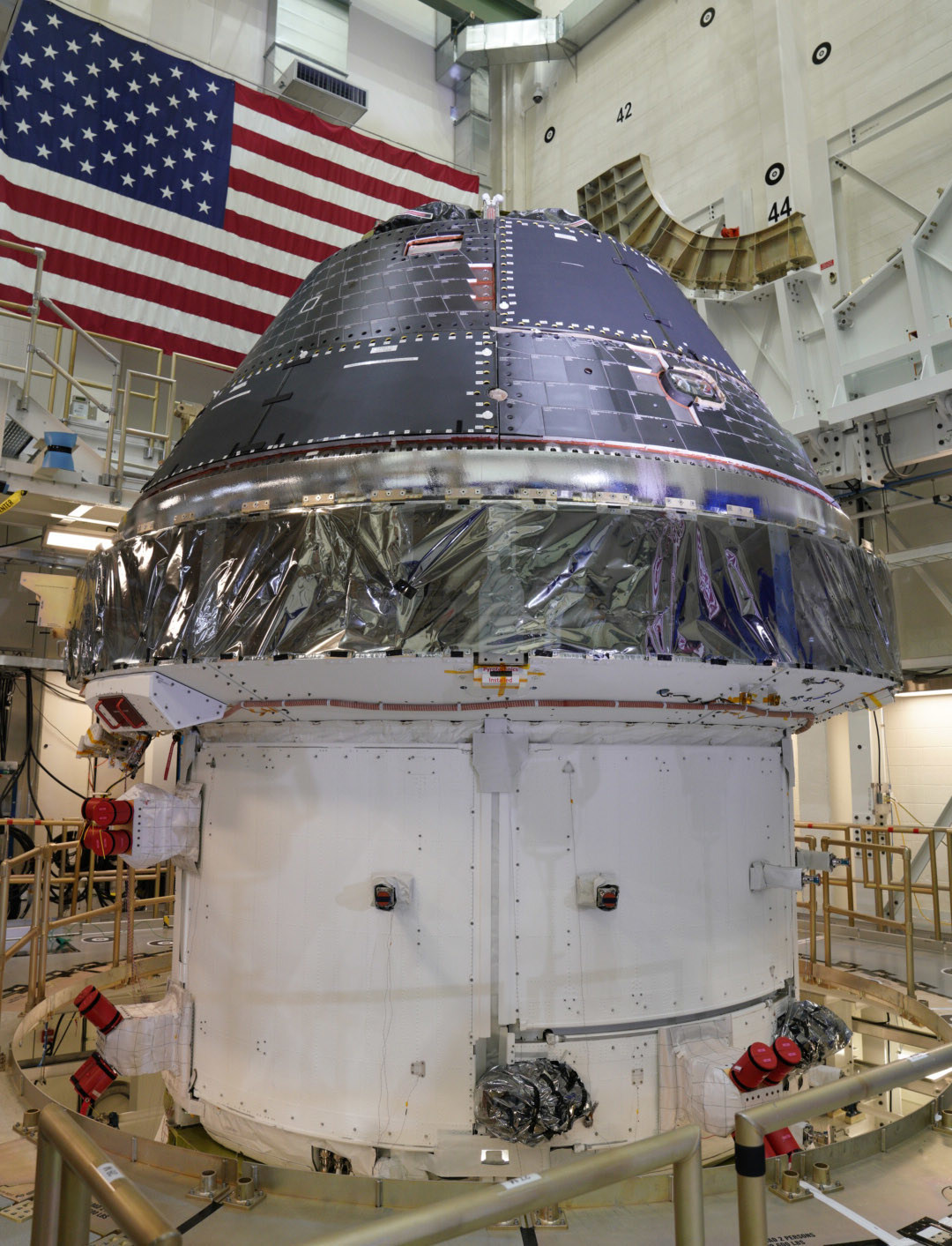 Vice President Mike Pence made the announcement on July 20 at a ceremony in front of the Orion spacecraft in the aptly-named Neil Armstrong Operations and Checkout Building at the Kennedy Space Center in Florida. The event and announcement commemorated the 50-year anniversary of the Apollo 11 Moon landing.

The Orion spacecraft is like none other in its design and capability.

“Orion is a new class of spaceship, uniquely designed for long-duration deep space flight, that will return astronauts to the Moon and eventually take the first humans to Mars, and bring them all back safely.” said Lisa Callahan, vice president and general manager of Commercial Civil Space at Lockheed Martin. “Orion will accelerate scientific discovery of our solar system and will be the cornerstone of the defining space achievement of this era.”

Since the crew module pressure vessel arrived in Florida, technicians and engineers from Lockheed Martin, NASA and supporting contractors have meticulously assembled the capsule into its finished state. The work included installing the capsule’s avionic computers, harnesses, propulsion system and its 12 engines, 11 parachutes, its large 16-foot-diameter heat shield, forward bay cover and numerous other systems and components.

“Throughout assembly, the team tested and validated the many systems a hundred different ways to ensure they will operate as designed in the harshness of deep space,” said Mike Hawes, Orion program manager for Lockheed Martin. “The Artemis 1 flight will test the design and workmanship of the capsule and its service module during the three-week mission out around the Moon and back. We’re excited for this mission as it paves the way for the first crewed mission in 2022, Artemis 2.”

The crew module and service module were stacked together earlier in the week in the Final Assembly and System Testing (FAST) cell where they are now being fully integrated, including connecting the physical retention bolts and the umbilical lines between the two modules. The FAST cell is also where the Apollo spacecraft were integrated.

The combined stack will then be powered up and undergo a series of integrated systems tests. In September, the combined stack will be shipped to NASA’s Plum Brook Station in Ohio, where it will go through environmental testing in a large thermal vacuum chamber as well as testing for electromagnetic interference and compatibility.

Once Orion returns to Kennedy at the end of the year, the spacecraft will go through final preparations before Lockheed Martin delivers it to ground systems for launch processing in early 2020.