Lockheed Martin and Fincantieri Marinette Marine have hosted the keel-laying ceremony for the U.S. Navy’s 14th Freedom-variant littoral combat ship, the future USS Nantucket (LCS 27), with a ceremony in Marinette, WI on Oct. 9.

As part of a shipbuilding tradition dating back centuries, a shipyard worker welded the initials of Polly Spencer, USS Nantucket ship sponsor and wife of U.S. Secretary of the Navy Richard Spencer, into the ship’s keel plate. This plate will be affixed to the ship and travel with Nantucket throughout its commissioned life.

“The USS Nantucket will confront many complex challenges,” said Richard V. Spencer, the U.S. Secretary of the Navy. “It will confront humanitarian relief all the way to great power competition, drawing on the strength of every weld, every rivet applied by the great people here.”

LCS 27 is the first Navy ship to be named after Nantucket, Massachusetts in more than 150 years. Nantucket has a deep connection to sailing and maritime traditions, serving as a whaling hub in the 1800s and as the home of generations of American sailors since the town’s beginning. The previous USS Nantucket, the first to be named after the island, was commissioned in 1862 to serve during the American Civil War.

“I have been given a very special honor in being the sponsor of the future USS Nantucket. I am happy she is being built here in Marinette, Wisconsin, which has an impressive history of shipbuilding,” said Polly Spencer, LCS 27 sponsor. “Thank you to all the talented people who are bringing this ship to life… it is going to be an amazing journey that I am thrilled to be on.”

LCS 27 will be the 14th Freedom-variant LCS and will join a class of more than 30 ships. It is one of six ships in various stages of construction and test at the Fincantieri Marinette Marine shipyard.

“We are very excited to begin construction of the future USS Nantucket,” said Jan Allman, CEO of Fincantieri Marinette Marine. “Our men and women are proud to put their efforts into giving the Navy versatile ships to keep our country and its interests safe.” 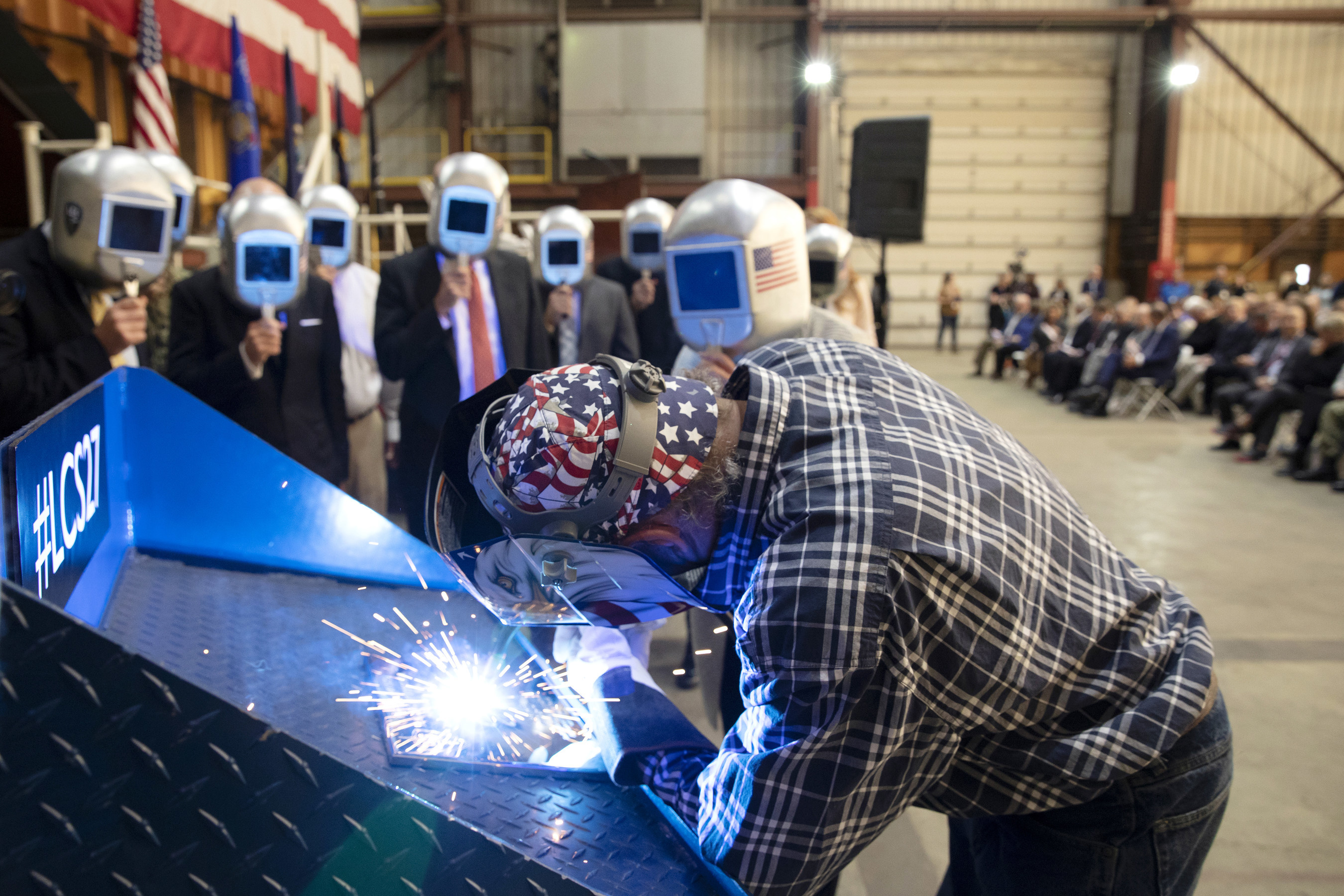