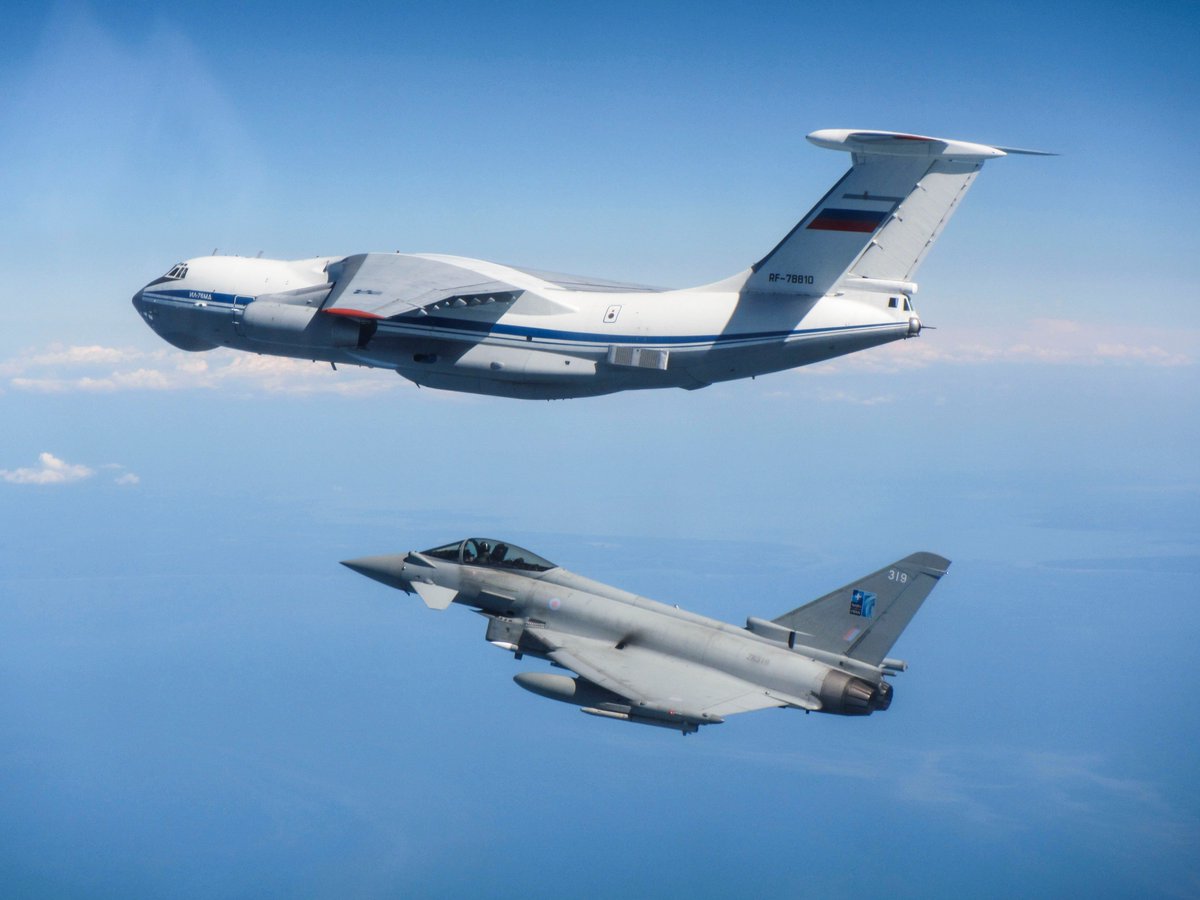 This is a routine NATO mission for the Typhoons which provides reassurance that the UK is here to work in partnership with Estonia.

“As this latest Quick Reaction Alert demonstrates, the RAF are frequently called upon to use their world class skills and capabilities to help police and protect the skies over the Baltics.”

“Our personnel deployed to Estonia and around the world are always ready to react to any scenario as we continue our commitment to our NATO allies.”

A Typhoon pilot from XI(Fighter) Squadron, attached to 121 Expeditionary Air Wing (EAW), was conducting Quick Reaction Alert (QRA) duty when the scramble was called. He said:

“We were scrambled to intercept an aircraft that was approaching Estonian airspace from the south. We identified and monitored it as it transited close to NATO airspace. This is standard protocol for aircraft that might not be communicating with Air Traffic Control or on a recognised flight plan.”

“We continued to escort the transport aircraft as it transited in a north direction, away from Estonian airspace.”