The U.S. has conducted defensive precision strikes against Kata’ib Hezbollah (KH) facilities across Iraq in response to the rocket attack on Camp Taji that killed three coalition service members.

Kata’ib Hezbollah is an Iraqi Shia paramilitary group which is part of the Popular Mobilization Forces (PMF) that is supported by Iran. The strikes targeted five weapon storage facilities which the Pentagon claimed will significantly degrade the militant group’s ability to conduct future attacks against Operation Inherent Resolve (OIR) coalition forces. Pentagon further claimed that these weapons storage facilities include facilities that housed weapons used to target U.S. and coalition troops. 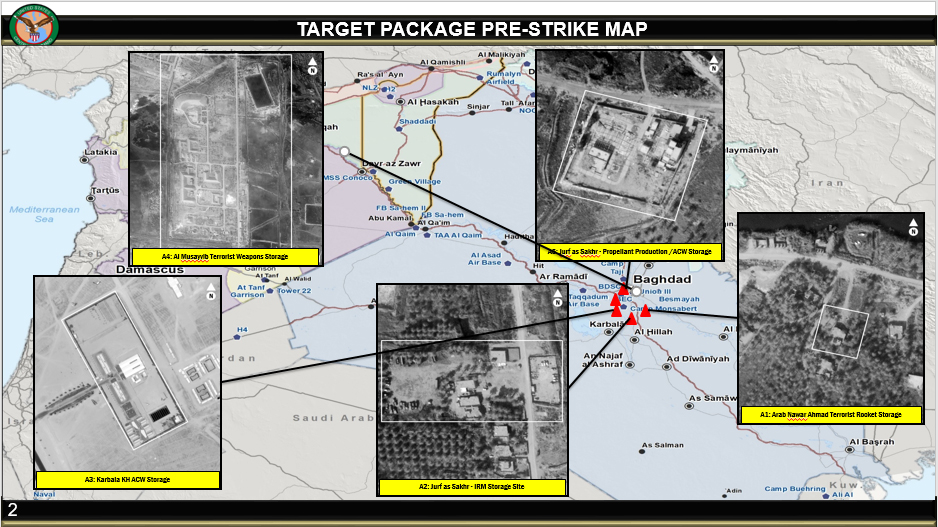 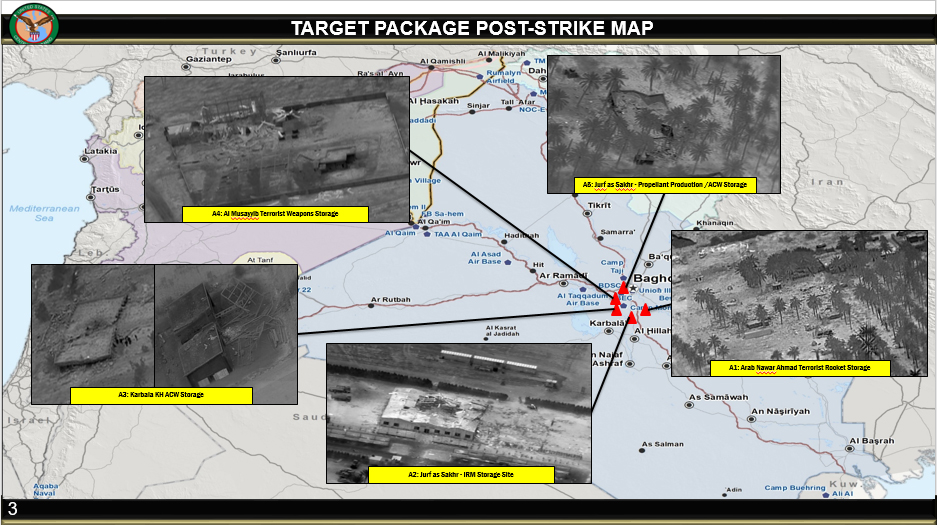 “These strikes were defensive, proportional, and in direct response to the threat posed by Iranian-backed Shia militia groups (SMG) who continue to attack bases hosting OIR coalition forces”, said the statement.

The March 11 attack on Camp Taji killed two U.S. and one U.K. service members and wounded 14 others. The UK Ministry of Defence identified the British service member killed in the attack as Lance Corporal Brodie Gillon.

The attack marked the latest in a series of rocket attacks conducted by Iranian-backed SMGs against U.S. and coalition personnel – killing five and wounding dozens more, including Iraqi Security Forces.

“The United States will not tolerate attacks against our people, our interests, or our allies,” Secretary of Defense Dr. Mark T. Esper said. “As we have demonstrated in recent months, we will take any action necessary to protect our forces in Iraq and the region.”

“During discussions with senior Iraqi officials, the department re-emphasized its commitment to the force protection of coalition service members and to preventing SMG attacks on coalition forces”.

“These terror groups must cease their attacks on U.S. and coalition forces or face consequences at a time and place of our choosing. The U.S. and the coalition remain committed to the lasting defeat of ISIS, and the long-term security, stability, and sovereignty of Iraq.”